You are here: Home / Articles / Care fees / Why are elderly people wrongly charged for care? 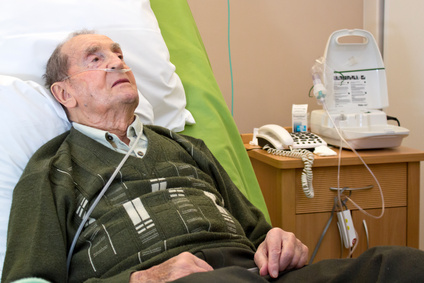 NHS Continuing Care – and the story of Peter and Arthur…

Every family is likely to be affected by long term care matters at some point, and it’s vital to be as informed as possible about what should (and shouldn’t) happen at the point where an elderly relative needs full time care – and what to do if things go wrong.

We’ve highlighted some of the issues using two fictional people as examples, and we’ve used a hospital setting as the context, because the same principles can be applied to someone still at home and needing full time care…

…has just fallen off a ladder doing DIY at home, and he’s badly broken his leg. He’s taken to hospital where he’s admitted, and he undergoes surgery to pin his leg. He then remains in hospital until he is fit to leave. In the meantime he starts some rehab therapy and has ongoing treatment to heal the bones and the soft tissue damage.

Peter lives on his own, and it’s going to take some time for him to get mobile again and be safe at home. Once he’s out of hospital though, he can access the key healthcare services he needs such as his GP, a nurse at the surgery, a visiting district nurse and physiotherapy. Plus he can claim certain state benefits to help him through this time, as he cannot work.

Does he have to pay for any of this? Absolutely not. Healthcare and nursing care is free in the UK, and this is clearly set out in law.

… is frail and has a bad fall at home and breaks his pelvis. He also has other chronic health problems that require access to medical/healthcare services. He’s taken to hospital where he’s admitted and he undergoes surgery, just like Peter. He then remains in hospital. His overall health needs are greater than Peter’s.

However, unlike Peter, Arthur quickly comes under considerable pressure to vacate the bed before he’s fit to leave, and in the meantime he is not offered any beneficial rehab therapy. Arthur lives on his own, and it’s going to take some time for him to get mobile again and be safe. The discharge team at the hospital continue their pressure to get him out, and they tell his daughter to find a care home for him. No one seems interested in the obvious signs that Arthur is deteriorating needlessly in hospital because of avoidable dehydration, malnutrition and lack of beneficial movement. Instead the hospital team ask how much money Arthur has, and whether he owns his own house. At no point was Peter asked these questions or put under such pressure to leave. The hospital does not seem interested in Arthur’s chronic disease.

Misinformation about paying for care

Arthur’s daughter (who is also his power of attorney) is understandably upset and stressed about what’s happening to her father. Her knowledge of the care system, based on what she hears on TV and in the press, and based on what other families say, is that when someone goes into a care home, they have to pay – and no one at the hospital has suggested anything to the contrary.

She knows her father can’t go home at this point and, because she wants him to be safe and can see he’s not being cared for appropriately in hospital, she agrees to find a care home. She succumbs to Social Service’s insistence on having evidence of Arthur’s financial situation, and she agrees to start paying for care in a care home.

Now that the hospital can effectively close their current files on Arthur, his daughter is even less likely to be given any accurate information about care fees and care funding. Arthur will simply continue to pay for what is, in his case, essentially healthcare and nursing care.

Once he’s in the care home, Arthur cannot easily access the key NHS healthcare services in the same way that Peter could – it’s harder to see a GP that actually knows him, he can no longer see a nurse at his local surgery and he will now also almost certainly be told to pay for physiotherapy. The care home will be in charge of this, deciding what he will have and when he might get to see a GP.

There may of course be nursing care provided in the care home. Is he charged for this? Yes.

For Arthur, healthcare and nursing care is no longer free (aside from a small weekly nursing benefit (Funded Nursing Care) that is paid directly to the care home, not to Arthur – but that doesn’t stretch nearly enough to cover the actual cost of his nursing care). Also, it seems increasingly likely that care home residents may have to pay to see a GP – and yet Peter doesn’t have to pay.

So what happened to the free healthcare that everyone else is entitled to?

Peter didn’t need full time care and yet Arthur does – so it perhaps it’s for this reason that Arthur’s finds himself in this situation. But Arthur has greater healthcare needs than Peter. And if care homes didn’t exist, Arthur would be in hospital receiving care provided free of charge by the NHS.

So what’s the difference between Peter and Arthur? One thing: their age.

When you get older and need care, one thing is absolutely guaranteed: You will be asked how much money you have before you’re asked anything else.

Arthur will now lose his savings, his home and everything he’s worked for to pay for care that should arguably be provided by the NHS. Indeed, in law, he should not be asked about his money before the NHS and local authority have looked properly at his care needs FIRST.

So on what basis should the NHS pay for care?

Arthur’s daughter continues to visit her father and manage the payments to the care home. She puts her father’s house up for sale, and gradually realises that very soon everything will be gone. She also knows that the proposed caps on care fees (due to come into effect in 2020) will actually make little difference to her father.

Then one day she happens to read something about NHS Continuing Healthcare funding for people in full time care – where those people have health needs. She looks into it and realises that, right at the outset, her father should have had an assessment for Continuing Healthcare in hospital before anyone did any kind of financial assessment for care.

And because Arthur is ‘self-funding’ (the ridiculous phrase used to describe someone forced to pay for care), no one in the local authority or the NHS is likely to be proactive in helping his daughter, because they have closed their files. She’s on her own trying to figure out what’s right and what’s not.

After doing some digging, she later finds out that an initial Checklist assessment for Continuing Care funding was in fact done at the hospital, but that she was kept out of the loop and the assessor simply rendered her father ‘ineligible’ for funding.

Arthur’s daughter is now realising just how much incorrect information about care fees she’s been given by the various health and social care authorities, and that no one seems to be on her side.

Getting reassessed for NHS Continuing Healthcare

So now she also faces the battle of getting her father properly assessed for NHS Continuing Healthcare funding, making a retrospective claim to get back care fees he’s already paid and arguing at every turn with assessors – who are the same people who hold the purse strings.

This will be time-consuming, things will probably not be done correctly, the assessors may be unfamiliar with her father’s needs and with the legal framework in within which assessments must be carried out, and the care home may not be helpful as they will receive less money per week from the NHS should Arthur secure funding.

Plus, Arthur’s daughter will now incur her own significant time costs and expenses on her father’s behalf in a bid to get things done properly, and if she wants to get those costs back she will probably have to take legal action.

And yet this is what happens every single day to families in the UK when an older relative needs full time care.

And if the family asks about NHS funding, they will almost certainly be told they ‘won’t get it’ – and they’ll be given one of these 7 most outrageous reasons for not receiving a Continuing Care assessment.

Case study: Getting assessed for NHS Continuing Healthcare before you leave hospital

Have you experienced the same situation?