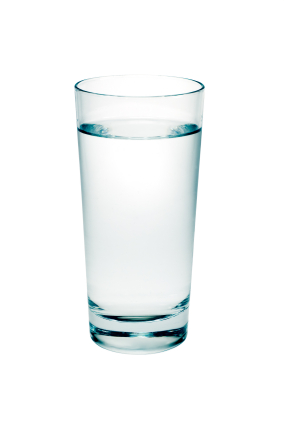 A recent report by the Health Service Ombudsman, Ann Abraham, details the appalling and shameful neglect of elderly patients in UK hospitals.

Although the report is new, the scandalous lack of care is not. It has been going on for years.

The Ombudsman’s report details the specific cases of 10 elderly patients who died after being admitted to NHS hospitals. The report confirms that the NHS did not even meet the most basic standards of care.

Elderly patients are left without food or water, wounds left open and dressings unchanged, patients are unwashed, there is woefully inadequate toileting leaving people soaked in urine or lying in faeces, lack of pain relief, incorrect medication, people left on the floor after falling, and so on.

This article in the Daily Telegraph outlines this “callous treatment of the elderly” and shows what many families have known and complained about for years.

Established hospital discharge procedures are also regularly flouted, leaving elderly patients trapped in the blame game between the NHS and Social Services, left for hours without attention and sent home in an appalling state. One NHS Trust in Merseyside is now also threatening to use anti-trespass laws and court orders to force patients out – to free up beds.

Indifference such as this in the NHS is tantamount to euthanasia – and yet not one single member of staff in any of the hospitals concerned has been sacked or even disciplined. These are surely cases of manslaughter at the very least.

Skewed priorities and lack of accountability

When my mother had a stroke several years ago, she was taken to an ‘Observation’ ward in hospital. Her food was left at the bottom of her bed and she had no access to water. Perhaps staff were planning to simply ‘observe’ her death. I asked a doctor where I could get water for her. He replied that he didn’t know “because he was a doctor”.

It doesn’t take any nursing or medical training to know that food and water are the most vital elements of life. It would seem from his response that common sense is ‘trained out’ of our medical and nursing students.

Whatever happened to the Hippocratic Oath? And why are we paying high salaries to doctors when the training we give them teaches them nothing about sustainable health and people are worse off in their ‘care’?

Where is the Health & Safety Executive when it comes to the safety of patients?

And where is the Human Rights Act in action?

The NHS’s stated principles about human rights, quality of care and respect for patients are empty words.

We treat and fund our criminals better than we do our elderly people. It’s not always easy for elderly patients to stand up for themselves and fight back. They are an easy target for sloppy treatment and complacency.

In 2010 alone the Ombudsman received 9,000 complaints about NHS care, with nearly 20% about elderly patients.

If doctors and nurses don’t regard water and food and keeping patients free of bedsores part of their jobs, it fuels the ridiculous notion that health care and social care are two separate things. All the high-tech medical ‘intervention’ in the world will not keep someone alive if they’re dying of thirst or starvation.

As this BBC report shows, Nigel Edwards, chief executive of the NHS Confederation, added insult to injury when he confirmed that the lack of care outlined in the Ombudsman’s report was “completely unacceptable”, but then implied that the 10 cases it highlighted must be seen in perspective, given the number of patients the NHS sees every day.

What he chooses to ignore here is that, although the Ombudsman’s report highlights just 10 cases, the Ombudsman has looked at 228 cases in this instance – and this is out of the thousands of complaints submitted over the past few years.

In response to the Ombudsman’s report, the Care Quality Commission’s (CQC) plans to carry out unannounced inspections at 100 hospitals from the beginning of March. Anaesthesia UK reports the move here.

It remains to be seen what impact, if any, the inspections will have. If they’re anything like the routine inspections of care homes, they may simply be box-ticking exercises and have no relevance to the real welfare and hour-by-hour treatment (or lack of) experienced by an elderly patient.