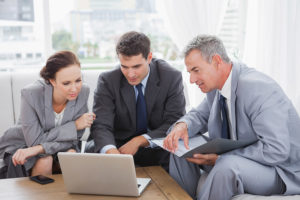 On the front page of the Daily Telegraph on Monday, 30 December 2019, there was an article entitled, “NHS workers charge for advice on securing dementia care cash.”

Undercover reporters from the Daily Telegraph revealed that two senior health managers, Mr Ogunseye and Mr Aldridge, were working simultaneously as private consultants alongside their NHS roles – offering to help desperate families through the complex and confusing NHS funding system in return for a cash payment for their private consultancy services.

NHS Continuing Healthcare Funding (‘CHC’) is a fully-funded package of free care paid by the NHS for an individual’s healthcare needs, including accommodation, regardless of where the care takes place (eg in their own home or in a care/nursing home) and irrespective of wealth (i.e. is not means-tested).

The bar to achieving CHC Funding is set very high, and with toughening austerity measures, it is becoming more difficult to achieve as the NHS tightens its belt. Despite an ageing population, the number of people being awarded CHC Funding has reportedly declined since 2015. Families also face a ‘postcode lottery’, where Clinical Commissioning Groups in some areas of the country are known to be more inclined to grant CHC Funding than others.

We know from experience, and from what our readers have contributed to the Care To Be Different website over many years, that families face an uphill battle when trying to fight the NHS to secure CHC Funding for their relative. One of our contributors, retired Admiral Philip Mathias, who worked as a policy director on Britain’s nuclear deterrent, told the Daily Telegraph in an article on 28th February 2019: “In terms of complexity, the mental capacity required and the analysis skills needed, applying for CHC funding was as complex as some of the nuclear deterrent policy I worked on.”

The Daily Telegraph’s “cash for advice exposé”, highlighted the fact that this is a complex area where families often require help. An individual who has saved all their life and paid their taxes, can be refused CHC Funding and at the point in their life when they most need help from the NHS. It is estimated that millions of people over the years have been forced to sell their home or use up hard-earned savings to pay for their own care. It is enshrined in our heritage and in the National Framework For NHS Continuing Healthcare Funding and NHS–funded Nursing Care, that NHS care should be free at the point of need, from cradle to grave. So why has it become so difficult to obtain this entitlement to free care?

The crux of the Daily Telegraph article is that these two managers, Ogunseye and Aldridge, working for two different Clinical Commissioning Groups, were in senior positions of responsibility. They were being paid by the NHS to administer and oversee applications/assessments for NHS Continuing Healthcare Funding. Yet at the same time, according to the Daily Telegraph, they were offering private consultancy services, advising families how to navigate through the “labyrinthine rules” of the CHC Funding system. The selling point was that, although they could not guarantee success, they had inside knowledge and expertise on how to effectively ‘play’ the complex NHS system and secure CHC Funding – reportedly worth up to £100,000 a year.

Mr Ogunseye apparently told the reporter, “I mean, I am working this job, so I know where to look, and where not to look.”

The Daily Telegraph reported that, “This newspaper was alerted to the issue by the real family of the man whose claim had been rejected for CHC funding. They noticed that one of those working for the CCG which had rejected their application – Mr Ogunseye – was also advertising his services on Facebook to help people secure the very same grant. In other words, for a fee he would use what he knew to help them access the money his department had just denied them.”

If true, it is a clear conflict of interest – acting against the same CCG who employed him to refuse the application for CHC Funding!

Mr Aldridge told the Telegraph’s undercover reporters, “The cost of care is astronomical. Kids are looking at their inheritance going down… I can be in a meeting and I can support you, and I can argue [with] what they’re saying, so you know, around the CHC process.”

Mr Aldridge told the undercover reporters that he could not help families who are based in the area covered by his day job, but if people were based elsewhere he felt there was no conflict of interest.

Mr Aldridge is reported to have told The Daily Telegraph that, as an independent consultant, he would make a “recommendation” about whether funding should be approved and that his report would have ‘weight’ coming from him, and as such, the assessors would be more likely to look at it more favourably.

Nevertheless, in our opinion, he is still conflicted, as he is using knowledge gained from his employment with the NHS to help families seek funding from those budgets he is supposed to ‘protect’.

Don’t fight this battle alone – your entitlement to advocacy support

It doesn’t seem appropriate for NHS officials to be acting in a dual capacity – as NHS assessors and budget ‘gatekeepers’ – and at the same time using inside knowledge as private consultants to help individuals circumvent the CHC system. However, the National Framework (and Practice Guidance Notes) permit advocacy support. Here are some key references that will assist you, if the CCG’s assessors tell you that you can’t have an advocate to support you at an assessment for CHC Funding or an appeal:

PG 4 What are the key elements of a ‘person-centred’ approach in NHS Continuing Healthcare?

The provision of advocacy, where appropriate, is an important means of achieving meaningful participation (refer to Practice Guidance note 9 and 57 below). `All reasonable efforts should be made to involve the individual and/or their representative in the assessment process.

PG 20 What is the role of the NHS Continuing Healthcare coordinator(s)?

PG 57 Whose responsibility is it to provide advocacy for individuals going through the eligibility decision-making process?

57.1 Any individual is entitled to nominate a person to represent their views or speak on their behalf and this could be a family member, friend or peer, a local advocacy service or someone independent who is willing to undertake an advocacy role. It is not appropriate for either a local authority or NHS member of staff to act as a formal advocate in this sense as there could be a conflict of interest, although staff should always seek to explain the individual’s views alongside their own. Local authorities and CCGs may have varying arrangements to fund advocacy services in their locality, some being jointly funded whereas others are funded by a single agency or rely on voluntary contributions.

PG 58 Do individuals need to have legal representation during the NHS Continuing Healthcare eligibility process?

58.1 No, although individuals are free to choose whether they wish to have an advocate present, and to choose who this advocate is. This National Framework (supported by Standing Rules Regulations and Care Act 2014 Regulations) sets out a national system for determining eligibility for NHS Continuing Healthcare. The eligibility process is focused around assessing an individual’s needs in the context of the National Framework rather than being a legal or adversarial process.

58.2 If the individual chooses to have a legally qualified person to act as their advocate, that person would be acting with the same status as any other advocate nominated by the individual concerned.

If the CHC assessment process was fair and robust, and assessments were uniformly undertaken throughout the country in a consistent and transparent manner, with individuals being granted CHC Funding at the outset when they were clearly eligible – instead of being wrongly turned down and forced to endure the stress of a lengthy appeal process (and having to fund their relative’s care in the meantime!) – then there would be no need for such consultancy services!

But most families are overwhelmed by the whole CHC eligibility process and need help to navigate their way through the National Framework and in order to give their relative the best chance of securing free CHC Funding. The stakes are high and a successful application could save your relative from having to sell their home or pay many thousands of pounds per annum in expensive care home fees.

If you need personalised specialist help, visit our one-to-one page for more information.

Leave a reply Click here to cancel the reply

Get your FREE info e-bulletin

When you subscribe you'll also receive a link to our free e-guide, “The 7 Costliest Mistakes Most Families Unwittingly Make With Care Fees – and 5 tips to avoid them".

Keep up-to-date with us

Many people find this book a cost-effective starting point: How To Get The NHS To Pay For Care.

It takes you step-by-step through the whole NHS Continuing Healthcare process, right from the start, including how to approach the NHS, what should (and shouldn’t) happen, the pitfalls to avoid, what to do and say before, during and after an assessment, what’s right and what’s not, how to challenge decisions, how to pull apart the NHS’s assessment notes, etc.

What is Care To Be Different?

When you subscribe we’ll also send you a link to our FREE e-guide: “The 7 Costliest Mistakes Most Families Unwittingly Make With Care Fees – and 5 tips to avoid them".

Also find us on