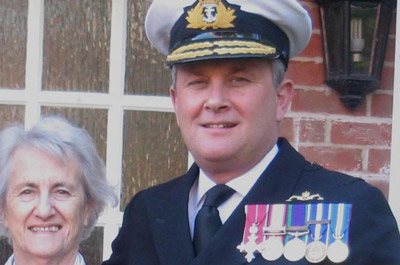 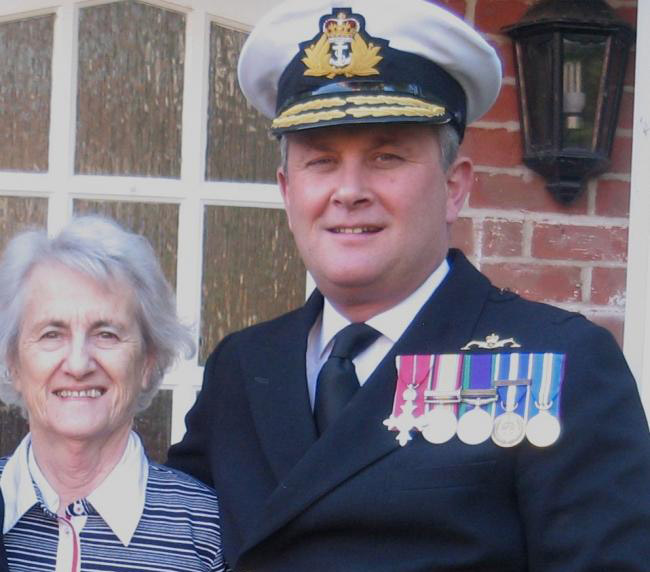 Rationing NHS Continuing Healthcare Funding: Retired Admiral Philip Mathias, former submarine Commander and director of nuclear policy at the Ministry of Defence, is rallying public support for his ongoing £5bn legal battle against the Government and NHS England. He is seeking to hold them to account on behalf of thousands of individuals who have been wrongly denied CHC funding and forced to pay for their care unnecessarily – even having to sell their home – as a result of flawed or unlawful NHS assessments.

Admiral Mathias’ story starts after he successfully fought a lengthy and arduous 2 year battle against Wiltshire Clinical Commissioning Group and retrospectively recovered £200,000 of nursing home fees that his 90 year old father paid for his late mother’s care whilst she had dementia and other complex medical conditions. His website, press articles and interviews recant the huge amount of complex analysis needed to process his successful retrospective claim for wrongfully paid care fees, with over one hundred letters written, 3 meetings and more than 300 hours spent battling red tape. He states the “CCG did everything possible to avoid making an eligibility decision. This included ignoring and grossly distorting the evidence contained in her care records.”

NHS Continuing Healthcare Funding (often referred to as ‘CHC’) is a package of care paid for in full, free of charge, and is not means-tested, and covers the cost of care of an individual with a ‘primary health need’ ie the main reason for their care is due to complex health needs which are over and above what a local authority are legally obliged to pay.

Admiral Mathias is now spearheading a fundraising campaign to expose this national scandal by mounting a legal challenge against the Government and the NHS, whom he believes have unfairly denied thousands of elderly, ill and vulnerable individuals – the most vulnerable in our society – of their entitlement to NHS Continuing Healthcare Funding.

Quoting from his fundraising page:

“The initial basis of the legal challenge is:

The Secretary of State for Health and Social Care, together with NHS England, has unlawfully failed to ensure that Clinical Commissioning Group decisions as to eligibility for Continuing Healthcare funding are made in a consistent, rational and lawful manner and that the arbitrary and inconsistent decisions as to eligibility for NHS Continuing Healthcare leads to an unacceptable risk of unlawfulness.”

On the 1st October 2020, the Daily Telegraph featured an article headed:

The former head of Britain’s nuclear deterrent is suing Matt Hancock to force the NHS to pay for elderly patients’ long-term health costs.

If successful, the threatened judicial review by Rear Admiral Philip Mathias could cost the health service £5 billion in paid back medical fees.

The case concerns the failure by local NHS bosses to pay for the continuing healthcare (CHC) of tens of thousands of eligible patients a year.

Admiral Mathias’ campaign seeks to highlight the issues of unfair rationing of CHC funding by the NHS, its unlawful malpractice – refusing or withdrawing CHC funding for those who were evidently eligible – and raising awareness of the ‘postcode lottery’ – the huge variance across the country as to who is more or less likely to be awarded CHC funding depending on where you live. Furthermore, Admiral Mathias points out that since 2015, the number of people being found eligible for CHC has been consistently reducing – which goes entirely against the grain in a country which has an ageing population! Surely, over time, more people should become eligible for CHC funding, not less? Why is this trend contrary to expectations? Because it’s all to do with money and the NHS needing to save £855m by 2021! As Mathias puts it, quite possibly, this is the biggest financial scandal in NHS history!

Admiral Mathias has recently reappeared on BBC TV on 7th October 2020, when he was interviewed by Victoria Derbyshire. You can watch the full interview again here: https://www.youtube.com/watch?v=Fc3fsSEnEBo

However, these issues are not entirely new as our readers will know from their own personal experiences.

Since Care To Be Different’s inception in 2010, we have been at the forefront of raising nationwide awareness of the public’s rights to request a CHC assessments whether for a spouse, partner, relative or friend – where there is a primary health need. Our website provides lots of free information and helpful resources to show you how to tackle the NHS eligibility process for CHC. You can read our numerous articles, share experiences and learn from others by joining the conversation in our blogs and on Facebook. For more reading, we recommend that you buy our book, How To Get The NHS To Pay for Care (available as an e-book or paperback).

Those who say that battling the CHC for funding is not complex, difficult, stressful or emotionally challenging should take the matter up with the Admiral directly! He recently told BBC’s Victoria Derbyshire that “the system is massively complex and well beyond the average member of the public to understand”.

Care To Be Different previously featured Admiral Mathias’ case in our earlier article:

The Admiral first appeared on Victoria Derbyshire’s BBC TV programme, in June 2019, when he was interviewed about his first-hand experience of his 2 year battle with Wiltshire CCG to recover £200,000 for his  mother’s nursing home fees that should have been funded by the NHS. If you missed it, you can read our article below:

You can also read more blogs around the subject here:

When are the Government going to fix CHC?

The revised National Framework – what impact will the changes have?

We wish Admiral Mathias much luck in his campaign.

You can add your comments below. Here’s what some of our readers have been saying…

MW says: “This is fantastic news! I’ve been hoping that Admiral Mathias would launch this challenge. Having Rear Admiral Mathias spearhead this legal action will force the Government to now listen and be accountable for the disgraceful way in which CCGs have been operating for too many years. Everyone should get behind this challenge. With an ageing population and almost 12 million people aged over 65 or above, this should be of concern to every sector of the population as we all live longer with complex health needs that will need nursing/care. I was successful in appeal at IRP for my late father, but I may well be faced with the horrendous process of CHC for my elderly mother in the future, something that I never want to face again.”

SM says: “NEWS TODAY: NHS TO BE TAKEN TO JUDICIAL REVIEW OVER NON-FUNDING OF DEMENTIA HEALTHCARE
— This ought to kick the Government out of its foot-dragging over putting forward recommendations for reform of CHC funding” 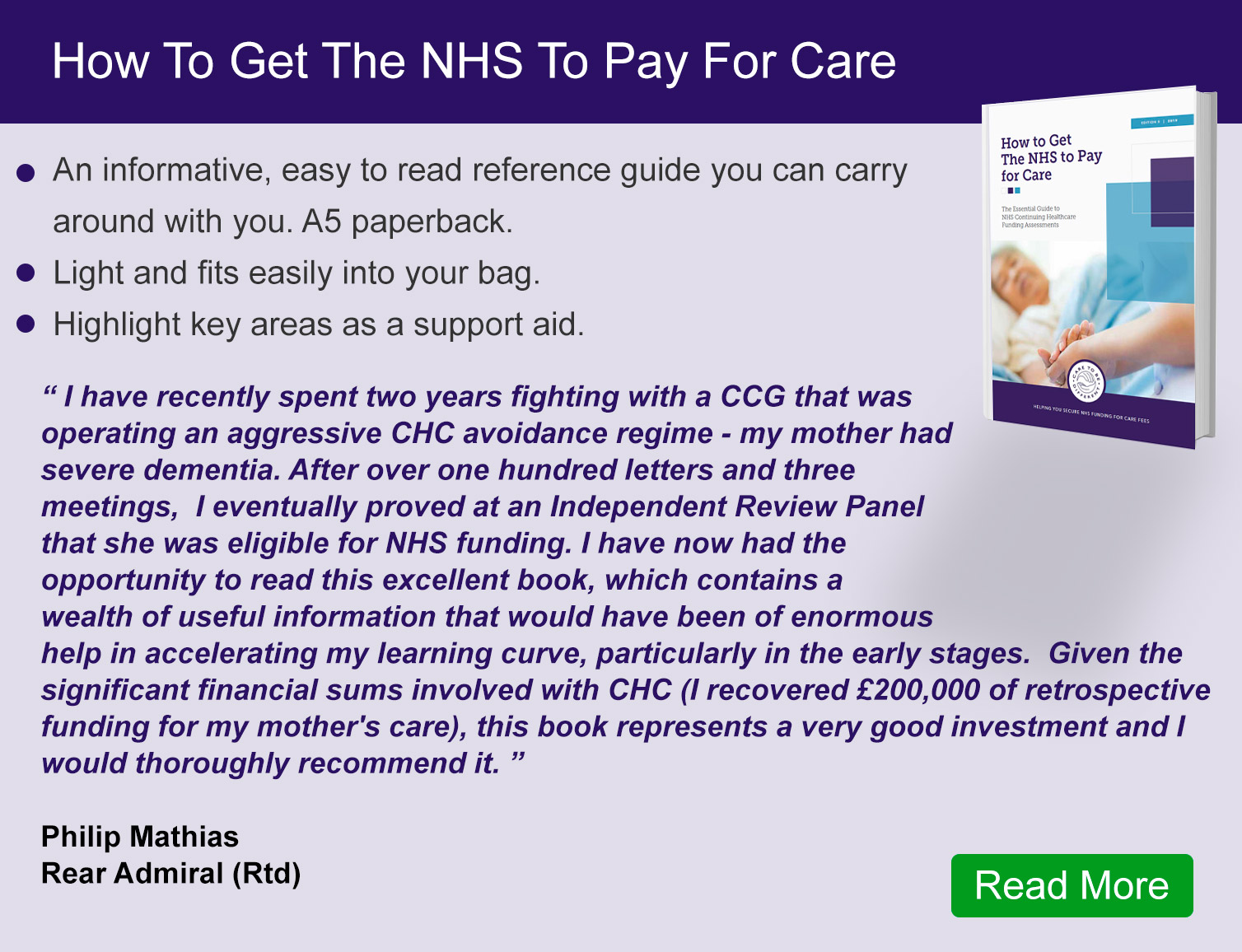