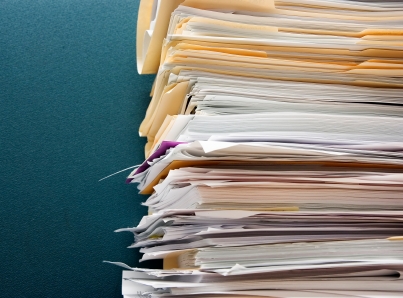 Like so many people, Ian Johnson’s family faced the onerous task of trying to secure NHS Continuing Care funding for an older relative. Paperwork errors in NHS Continuing Healthcare assessments made it even harder.

Their case highlights the frustrations of battling to overcome all-too-common systemic problems in the Continuing Care funding assessment process – and a lack of knowledge amongst funding assessors and healthcare staff.

All this is, of course, a huge barrier to funding. Plus, dealing with an overloaded care system creaking under the pressure of paper processes, keeping track of moving goalposts, driving long distances to look out for someone you love who has serious health problems – all at the same time – is not easy.

Ian’s family eventually won their case for NHS Continuing Healthcare funding, and he wrote to us to share their experience…

“My mother-in-law, a 91-year-old with dementia, initially suffered a fall at home followed by six transfers back and forth between community and acute hospitals; during this time her health deteriorated sharply, with a further fall, a possible stroke and pulmonary embolism adding to her condition. All her hospital transfers happened at night, something we found unacceptable for a frail elderly lady with dementia.

“It was during my mother-in-law’s stay in a community hospital that we were told she would have to go into a nursing care home. At this point, I had begun to research NHS Continuing Care and found Care To be Different’s online tips and advice about care funding, plus the e-book ‘How To Get The NHS To Pay For Care’ , which proved useful allies in addressing the many difficult and trying issues that lay ahead.

Beware of the Continuing Care assessment process – be informed

“On Mother’s Day 2013, we arrived at the hospital (a five-hour round trip) to be told that the discharge procedure would be started immediately – and yet we had not been notified about this at all in advance.

“The initial Checklist assessment (the first stage in a Continuing Care application) was begun without us even having had the chance to prepare – a situation made worse by my mother-in-law’s C.Diff infection, which made her very confused and upset.

“The ward sister explained that there had been a note in my mother-in-law’s file to tell her family that the Checklist would happen that day, but as usual they forgot.

“Luckily, we understood the importance of the Checklist assessment, as we’d already researched this on the Care To Be Different website.

“Because we knew what was going on, and my wife and sister were able to argue the case for higher scores in the Checklist – and we managed to get two ‘As’, which meant we would now go through to the next stage.

“Having coped with the Checklist being sprung on us, we were then told that the completion of the Decision Support Tool (DST) – a vital document that is intrinsic to the actual funding decision – would happen the following weekend, in the presence of a Multi-Disciplinary Team (MDT). We were also asked if we had a care home in mind at this stage.

“The MDT meeting took place with my wife and sister present, as they hold the all-important power of attorney for my mother-in-law. The meeting also involved the Senior Staff Nurse, an MDT coordinator and a social worker.

“We spent three hours arguing the various points across all the care ‘domains’ – the different aspects of health that are assessed. At the end the coordinator and social worker agreed that my mother-in-law qualified for NHS Continuing Care. They said they would write up more notes, considering the length of the meeting.

“We also agreed to return the following week to see and possibly sign the final DST document, having completed the section on ‘relative’s comments’.

“We were also told that the MDT’s recommendation for funding would have to go through a hospital manager for approval prior to going to the decision-making panel.

A fortress of paper and process!

“It is at this stage that I became acutely aware of the pressures put upon nursing staff that subsequently create problems for families reliant on the DST for a fair and consistent funding outcome.

“We were told there was a bed shortage at the hospital and that they had 10 more DSTs to do over a four day period. In addition to the patient’s notes (in my mother-in-law’s case over 60 pages) the key staff involved had been asked to fill out a Standard Assessment Procedure (SAP) form that contains DST assessment criteria, and yet this is not part of the actual Continuing Care assessment process.

“You can imagine that with 11 DSTs to complete, staff were doing paperwork and no nursing. The doctor on duty just did not have time and would write just one or two words in each section, e.g.: ‘No needs’. This meant that at the outset of our DST we had to refer to the patient’s notes ourselves, as the SAP forms did not provide any support for Continuing Care funding.

“We saw many relatives being ‘talked through’ Checklists and DSTs that had been prepared in advance – and so could not possibly have been proper and thorough assessments – and they were all over in 20 minutes or so. I think most people had no idea what was going on.

“Very aware of these potential pitfalls, I and my family wrote a four-page document for the ‘relatives input’ section of the DST, arguing for higher scores where these were due, for example a ‘Severe’ score where this was missing.

“We also expanded on the interrelation between care domains – the part of the assessment that deals with ‘nature of need’, ‘intensity’, ‘complexity’ and ‘unpredictability’. This area does not seem very well understood by care staff – or indeed assessors. We found the article, Continuing Care Assessments – Frequent Mistakes Parts 1 & 2 very useful here.

“When we next visited the hospital, we found the MDT coordinator had been off work through illness and had not completed their part of the DST assessment. Despite this, the form had been submitted to the hospital manager with that very evidence missing! This resulted in the manager writing back to say there was no evidence to support the case for Continuing Care funding.

Back to the drawing board – filling in the missing pieces

“At our insistence, another three hours was spent writing up a fresh DST document, with the sympathetic ward sister making notes, and with us having to oversee that crucial supporting evidence was noted correctly. At this point the assessment team also realised the social worker’s report had been missing from the initial DST submission. The ward sister wrote on the forms that my mother-in-law was a clear case for Continuing Care funding.

“The Discharge Manager called us to tell us that, following a review of the case, Continuing Care would not now be recommended. This prompted a sharply-worded response from us stating our complete dissatisfaction with the whole DST process.

“To our surprise, we then received a call from a new person apologising for everything and saying that they had now realised that the MDT, the coordinator, the ward sister and the social worker had all recommended Continuing Care funding, that the hospital manager now agreed and that all evidential support had now been pulled together.

“On April 3rd 2013, we heard that my mother-in-law would receive NHS Continuing Healthcare funding.”

Ian’s is a cautionary tale for certain, but it shows that, with the right knowledge, families can challenge what they’re told within the care funding system – as what they’re told is often incorrect. The system is rife with lack of understanding and communication, and is often administered by staff under tremendous pressure.

As well as reading our website and downloading our e-book, ‘How To Get The NHS To Pay For Care’, Ian also subscribed to our free monthly eBulletin. It’s packed with useful tips about NHS Continuing Healthcare, care fees and other care-related matters. You can sign up today on our website.

We have heard today that my mother-in-law is to receive NHS Continuing Care funding. We could not have done it without your book and website. Thank you so much.