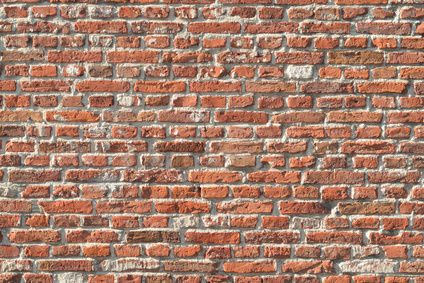 …these are just some of the frustrations many families tell us about.

One of our readers, Brian, contacted us about his mother’s situation. He outlined the frustrations he was having trying to get anyone in authority to take responsibility for the failings in his mother’s Continuing Healthcare assessment process.

(Brian is not his real name, as he wished his mother’s case to remain anonymous for the moment.)

A Checklist assessment was carried out for my mother in July 2014 and it indicated the need for a full multidisciplinary team assessment.

For five months after that I heard nothing from the Continuing Healthcare team.

In December 2014 I sent a complaint to the Clinical Commissioning Group (CCG) regarding the failure of the Continuing Healthcare team to adhere to National Framework guidelines in completing the assessment and decision making process within 28 days.

I received an email acknowledgement asking for my Lasting Power of Attorney documentation, which I returned in 2014. They surely should have requested this when the assessment process started.

In March 2015, nine months after the original Checklist assessment, my mother was refused NHS Continuing Healthcare funding. I sent a formal letter of complaint personally addressed to the CEO of the CCG about the NHS Continuing Healthcare maladministration, appealing the decision and asking again why they had not adhered to National Framework guidelines – as per my emails in December 2014.

We are some seven months down the line since my original complaint in December 2014. I will continue to appeal the funding decision, but I am still awaiting answers regarding the NHS Continuing Healthcare maladministration.

A couple of months ago I also contacted the Parliamentary and Health Service Ombudsman, but they refused to help because the CCG had not replied to my complaint!

In April 2015, I started receiving emails from the CGG again regarding my complaints about procedure. The CCG informed me I could expect a further update in two weeks. I had around five such emails over a 10-week period. The last update was due in early July 2015. Needless to say that never happened and I have received nothing at all since.

They have not even been following their own CCG Complaints Policy, which promises a 25 working day response to any complaints, up to a maximum of 6 months.

Last week, I spoke to the Dept. of Health and I was informed it was NHS England I needed to contact, so I found the email address of the CEO of NHS England and I wrote a very comprehensive detailed account and asked for some help and advice.

His reply showed no interest. It also contained no apology whatsoever. Instead, it just rambled on and on about the Continuing Healthcare assessment process and finished off by saying it was nothing to do with them! He suggested I should go back to the CCG.

I have now been in touch with my local MP in the hope of finding some help in pursuing this further.

What an absolutely disjointed and fragmented system we have. The NHS is judge and jury over its own actions.

I also copied the Secretary of State for Health, Jeremy Hunt, into the email that I sent to the CEO of NHS England. I have yet to receive a response.

On further investigation, I also came across a part of the NHS in my area called the Patient Experience Team (PET) and I spoke at length to a manager, who promised to personally get involved on my behalf. I have since had a response from the PET (on an NHS England letterhead), and they have requested a response from the CCG within 40 working days. So this response to my maladministration complaint now has to be returned direct to NHS England.

This all just shows what a shambolic mess everything is when the CEO of NHS England does not know who is responsible for what – and showed no concern, apology or understanding in the response email he sent me. Why did he, at the very least, not refer me to the Patient Experience Team?

Have you come up against a brick wall?

Sadly, Brian’s experience is not unusual and many families find the whole Continuing Healthcare process hugely frustrating – not least trying to get a response to correspondence and complaints.

Many families approach their local MP for help. The results seem to vary, but it’s worth a try.

Some families choose to go to the press to talk about what’s going on. It’s not something everyone feels comfortable with, but it can be an option.

Some families also refuse to pay any more care fees until the matter is resolved, and they forward care fees invoices straight to the NHS. This may be something to consider, although it also carries the risk of (potentially) compromising your relative’s care, as the care home or care provider still needs to be paid. If you have a good care home manager or good contact at the care provider, though, they may carry some weight in being able to help move things forward.

Another option is to approach the Head of Adult Care at the local authority and suggest to him/her that the local authority may be acting illegally in currently forcing your relative to pay care fees, and not supporting the NHS Continuing Healthcare process for them. The reasons for this potential illegality are outlined in this article about the legal limit for local authority care.

If you’ve been in a similar situation to Brian, what strategies have you found useful to get some response and try to move things forward? Your experiences and suggestions could help other families, so please do leave your comments below.