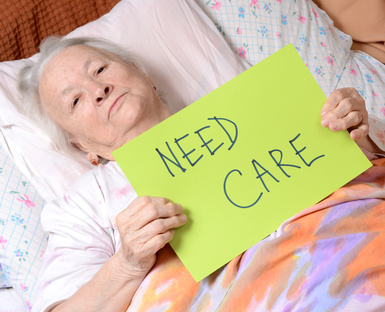 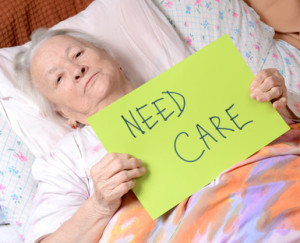 The Executors of the Late Mr Jones (*not his real name) pursued a retrospective claim for NHS Continuing Healthcare Funding and sought to recover all the care home fees that were wrongly paid.

The Executors provided the Clinical Commissioning Group (CCG) with all the necessary prior consents and authorities, together with a certified copy of the Grant of Probate (enabling the Executors to formally act under the terms of Mr Jones’ Will).

The CCG eventually reviewed the relevant evidence and concluded that the matter should be referred to the Clinical Commissioning Group’s Healthcare Team, whereupon Mr Jones was deemed eligible for NHS Continuing Healthcare Funding. Success.

Next. In order for the CCG to calculate the amount of paid care home fees to be reimbursed (with interest), the Executors were asked to provide the CCG with proof of the fees charged and paid, which they did. So far, so good.

However, the CCG then insisted that the Executors provide some additional paperwork, including further authority forms, a copy of the Last Will and Testament and further proof of identification from at least one beneficiary.

So, having pursued the claim for a number of years and obtained a successful outcome, the CCG were now seeking to put up additional last minute hurdles by seeking further information at this latent stage – despite the relevant consent forms and Grant of Probate (derived from the Will) being provided at the outset!

Bizarre! If the original documents supplied were sufficient to enable the CCG to investigate the matter and then reach a positive decision on eligibility for CHC funding in the first place, then surely those same documents should have been equally sufficient to enable them to calculate the amount of repayment due to the Executors!  Any further consents and proof of identification at this late stage were totally unnecessary – just adding further delays to an already frustrating system.

The issue here, was that although Mr Jones’ Last Will and Testament mentioned two Executors – one of whom was a solicitor (a professional Executor), whose address stated on the Grant of Probate was not their own private address, but the address of the law firm he worked for.  Although the solicitor could, of course, provide proof of their own personal ID, the CCG insisted on proof of their law firm’s ID. The solicitor’s letter-headed stationery and print out from the Solicitors Regulation Authority website, confirming their address, were submitted to the CCG, but they were rejected saying that too was insufficient proof! Really…

The CCG continued to stand their ground and have refused to proceed, stating they were merely following ‘guidance’. You may rightly be puzzled, because there is no mention of this unprecedented self-stated bureaucratic guidance in the National Framework for NHS Continuing Healthcare. It was simply the CCG ‘making’ up new rules to suit themselves. In the meantime interest was racking up on the restitution sum payable, at the tax-payers’ expense!

CCG changed tack, and then wanted proof of ID and address from a living beneficiary instead.  Why?  Because they have been advised, that as a Public Authority they must be satisfied that there were living beneficiaries of the Estate who would benefit from the repayment, and thus ensuring that public money is being spent appropriately. THIS IS ENTIRELY WRONG AND A BLATANT DELAYING TACTIC!  If this happens to you, you must object strongly. How did the beneficiary now come into all this?  What if there were no beneficiaries – does that mean that the CCG is off the hook and doesn’t need to make reimbursement of the paid care home fees? No, of course not.

Remember, the claim was being pursued on behalf of Mr Jones’ Estate by his Executors (not the beneficiaries under his Will).  Besides, what has it got to do with the CCG how those monies are allocated once they come back into his Estate! That is a matter entirely for the Executors to deal with responsibly and in accordance with their proscribed executive duties, whilst acting in the best interests of the Estate. Seeking confirmation that there are beneficiaries with entitlement is entirely irrelevant once the Grant of Probate has been provided.  If the authority under the Grant was sufficient before, then why all of a sudden, was it now insufficient at the point when payment was due to be made?

Imagine how much more protracted the process would be without a valid Will and Grant of Probate. So at least ensure you/your relative has an up-to-date Will to cater for such eventualities.

Above all, the CCGs attitude on this occasion shows a total misunderstanding of the (legal) situation and the NHS National Framework; and is an example of how blind adherence to defective policy-making, ‘red tape’ and a lack of common sense, can stand in the way of delivering a fair and quick CHC process for all parties.

If you have experienced similar difficulties and delaying tactics, then please share your comments below with others…