You are here: Home / Articles / Dementia / Maintaining trust in dementia: A personal story 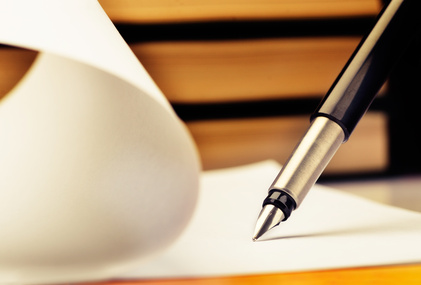 Protecting the fragile fibres of trust in dementia

Today’s article is a departure from our usual articles about NHS Continuing Healthcare. Instead, The Founder of Care To Be Different, recounts a chance conversation in a café about the challenges of maintaining trust in dementia…

Working at my laptop in a coffee shop recently, I didn’t expect the conversation I was about to have.

Steve, a fellow customer, and I started chatting about what we each did for a living. Telling people that I write about nursing care funding almost always elicits a painful story from the person asking – a story from their own experience with a parent or relative who needed care.

Steve was no different, and he told me his own story…

When his father was at the end of his life, Steve cared for him at home which, as many families know, is one of the hardest things anyone can do.

Before retirement, Steve’s father had worked for the same employer for most of his life. Now, despite being retired and no longer needing to go to work every day, his increasing dementia and absence of short term memory meant that he repeatedly forgot this. He would still get up and dressed in the morning and try to go to work.

For Steve this became increasingly challenging, because in the mornings he would often find his father gone and would subsequently find him wandering around a nearby car park, very confused.

One solution was of course to keep all the doors to the house locked, so that his father couldn’t get out, but something about that didn’t sit right with Steve.

Not knowing what to do next, he contacted a social worker, who had an idea: why not write a letter to his father, but write it as if it were from his father’s former employer – a letter to thank his father for his loyal service over the years and wishing him well in his retirement, now that he no longer had to come to work every day.

Families often talk of the impossible choices that sometimes have to be made about what you tell a person with dementia. Do you tell them an untruth to calm them down? Do you make something up or invent a story to help them understand a situation? Do you pretend something is or isn’t happening – to suit the moment?

Doing this – which can seem like lying to the person – can feel like a betrayal of trust by the caregiver. However, as anyone with a relative with dementia knows, there is very little that’s black and white about the disease and few definitive rights and wrongs. You just have to find a way as best you can to manage the behaviour of the individual person you’re with.

Steve decided to follow the social worker’s advice. He set about drafting a letter ‘from his father’s employer’. He created a suitable letterhead, printed out the letter, addressed it to his father and put it in the post. A few days later, it arrived.

It was a nerve wracking moment for Steve. Would his father see straight through it? Would his father feel that his son had belittled him? And if so, what would happen to the crucial bond of trust between them?

His father asked Steve to open the envelope and hand him the letter. His father then spent a long time looking at it – such a long time that Steve was sure he’d been found out. His heart was pounding.

After what seemed like an eternity, his father slowly looked up at Steve with tears in his eyes and very quietly said,

“They said I was the best employee they’d ever had.”

This single line in the letter had touched his father so profoundly that it had moved him to tears.

They talked for a while about what the employer had said and what it meant to his father. It was such a special moment for both of them. In that moment there was also clarity and understanding on the part of his father: he understood that he had now retired, and that his employer greatly appreciated his lifetime of work.

For Steve this was not only a relief, but also deeply moving.

But what would happen the following day? His father’s lack of short term memory would surely mean they would have to read the letter together many times over the coming days, months and years.

However, from that day forwards, his father no longer tried to go to work in the mornings. The words in the letter had touched him so deeply that he always remembered them. He remembered them for the rest of his life.

I had tears in my eyes as Steve recounted this to me – and so did he. Perhaps this kind of experience and outcome with his father offers a glimmer of hope in dementia care – not in terms of drugs or treatments, but in the very human connection between people, despite the disease.

It’s been shown that music can have a similarly profound effect on memory. Animals too can bring a person’s spirit alive where conventional care strategies fail.

And while the drugs industry fails to deliver for people with dementia, and populations continue to ignore warnings about lifestyle and diet, maybe for those enveloped in the disease right now this offers a way of making things just a little bit better.

Have you used an unusual strategy to help you care for your own relative with dementia? Please share your experience here, as your own insights can help many other families too.