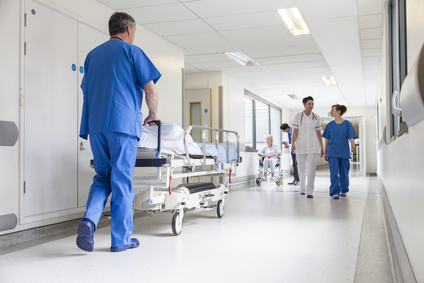 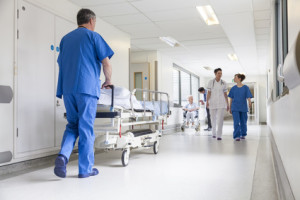 Was the headline of an article in the Times, Friday 15th February 2019, referring to the Chairman of NHS England’s attack on 25 years of flawed Health Service policies.

Although his criticism of a chaotic and dysfunctional system was largely directed at disjointed NHS reforms, overuse of targets (lengthy A & E waiting times), and a lack of integrated strategy across the NHS – the same criticism could equally be targeted at NHS delays caused by Clinical Commissioning Groups (CCGs) when processing Retrospective claims for repayment of care home fees that were improperly charged.

Families have parted with hard earned cash, and thousands are reported to have been forced to sell their parent’s home to pay for their care, which arguably should never have been paid in the first place – had the CCG carried out proper robust and fair assessment of their relative’s NHS Continuing Healthcare needs. Such care needs are categorically stated in the National Framework for NHS Continuing Healthcare and NHS-funded Nursing Care – to be “free at the point of delivery”, ie when you need them.

So, at the point when you want to make a Retrospective claim to review whether your relative’s care home fees were correctly charged (ie at the point of need), CCGs, on the whole, seem quite adept at delaying these claims – much to the frustration of many of our readers.

It is well worth reading our recent Blog ‘Frustrated with CCG delays? Here’s how to complain’.

How did the NHS get into such a chaotic and dysfunctional mess?

Well, unfortunately, this is not a new problem; but is historic in its origin going back to 1st April 2012. At the time it was thought that there were around 2000 claims awaiting retrospective assessment. The NHS then introduced an arbitrary deadline to register any new claim for a retrospective assessment – allowing you to claim as far back as 2004 – provided the CCG received notification before 31st March 2012.  This led to the NHS being swamped with an estimated 60,000 new claims, largely from ‘claims farmers’ who took money off unsuspecting customers to register their claim in time, but without having the first clue on how to progress the claim! The NHS had a duty to investigate these claims and weed out the spurious ‘rubbish’ and ‘try-ons’, but this all took time and drained valuable NHS resources. The NHS couldn’t cope with the deluge of claims it had caused by introducing this deadline, and didn’t adequately invest in resources to handle the claims. Unfortunately, the ripples are still being felt some 7 years on.  The losers are those families who have a perfectly valid claim which has been caught up with the plethora of other claims lodged before the 2012 deadline, some of which are only just emerging from the depths of the NHS backlogs.

Families have been left frustrated, angry and anxious that their relative’s claim has been left languishing for so long, whilst the CCGs failed to allocate sufficient resources to tackle these long standing backlogs. Worse still, phenomenal amounts of interest are payable on successful claims, further draining CCG budgets. It is therefore surprising that some CCGs are not in a hurry to resolve some of these outstanding claims, and throw more resources to get the claims finalised more quickly!

The problem is that CCGs have far too few capable and competent staff to do a Retrospective Review thoroughly and efficiently.  A lack of resources and staff shortages are the primary cause of such huge delays. CCGs just can’t get round to investigating Retrospective claims quickly, often dragging them out over a number of years – frustrating families, perhaps in the hope that they will lose interest and give up.

Quite scandalous! It is not uncommon for a retrospective review claim to last for at least two years, possibly extending up to seven years, before the lengthy NHS appeals process is exhausted.

In the meantime, forceful and regular complaints must be made to the CCG to press for progress.

Remember: thousands of families have sold their parent’s home or used lifetime savings to pay for their care. Being sent a standard holding reply by the CCG, along the following lines is simply not good enough!

‘We note your disappointment…’

‘We are prioritising live patients over deceased patients’

Much more needs to be done to highlight the deficiencies in the NHS system and the lack of resources that need to be allocated to these retrospective cases across all the CCGs.

Somewhat cynically, it is arguably not in the CCG’s interest to actively progress these Retrospective claims, partly because it requires a significant amount of preparation time, not only collecting medical records from various sources, such as GP practices, hospitals and care homes, but it is extremely time consuming to prepare a Needs Portrayal Document (incorporating the Decision Support Tool) in response to the claim. Such documents can often run between 40 to 60 pages of fine detail, and including multiple entries in each of the 12 Care Domains.

Tip 1:  Don’t be fobbed off if you are told that your relative’s claim is (no 36!) in a queue or awaiting allocation to a Nurse Assessor.  In our experience allocation can take months, sometime years; then just as the case is nearing the top of the pile, the ‘allocated’ Assessor leaves – or is moved to another department – causing more delays!

Tip 2: Press the CCG for timescales. Don’t accept that they can’t even estimate when your case will be dealt with. Diarise and chase them in advance to make sure that any timescales given will be adhered to. CCGs are good at moving the goalposts.

Tip 3: Stand firm, and continue to press and complain by telephone and in writing, at every opportunity.  Hopefully, CCGs will get the message that they need to allocate more resources and get on with these cases.

Yes, the CCG may tell you that your complaint / regular chasing telephone calls are taking up their valuable time which could be used elsewhere to actually deal with progressing the review of the case itself.  However, that is not your concern. You are entitled to know where your relative’s claim is up to, and why more isn’t being done to get it resolved.  Quite simply – if the CCG had sufficient resources, and were more efficient in handling these Retrospective reviews, you would not need to complain in the first place!

You need to shout about this, and perhaps seek assistance from your GP or even MP to add pressure on the CCGs to get their act together in order to progress these claims.

Don’t forget: your relative has paid potentially large care home fees which could have been avoided, had a proper robust assessment of their health needs been carried out.

Retrospective review cases are difficult because of the amount of medical records and detail required to argue your case. This is certainly an area where it would be wise to consider getting specialist help. Visit our one to one page if you need assistance with drafting, advocacy support or with appeals.

If you have ever made a Retrospective claim, this typical scenario will seem very familiar:

We know that the NHS is under-resourced, but it does also appear that these retrospective cases are not a priority for CCGs, and it appears to be in their nature to delay these claims as long as possible, even though interest is payable on any restitution sum awarded. Perhaps it is a commercial decision to extend the life of these cases in the hope that frustrated families will abandon their claims?

Our advice is not to be put off by any hurdles that CCGs raise. Do not give up!  Keep pushing and complaining, as this dysfunctional state of affairs cannot be allowed to continue.  Families have rights, and it just shouldn’t take so many years to reach a final outcome on a Retrospective Review claim.

Tell others about the NHS delays, and help us to campaign and get the NHS to throw more resources at these claims to alleviate the backlogs, frustration and unfairness which so many families have had to endure for too many years.

If you have had similar experiences, share your tips and recommendations, and help others stuck in this NHS review process.

For further reading look at our blogs on:

How do I claim back care fees that have been paid?

Can I claim interest on my refund of care fees paid?

What Evidence Do I Need To Prove My Claim For Past Care Fees Paid?