You are here: Home / Articles / NHS Continuing Healthcare / Do you really understand the “Well-Managed Needs” argument? – 201... 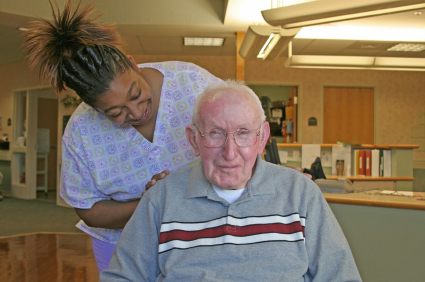 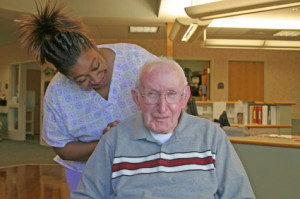 Well-managed needs – still a hot topic of conversation and controversy that is generally misunderstood by families and the Clinical Commissioning Groups (CCGs) alike. We explain the issues…

Both sides will often quote the “well-managed” needs principle to suit their cause: CCGs use it to reject claims for NHS Continuing  Healthcare funding; whereas families quote it to support their claim for free funding for their relative’s care home fees.

So how can both parties be at odds on this issue and who is right?

The issue of well-managed needs tends to raise its head when undergoing a Multi-Disciplinary Team Meeting. The CCG assessors may seek to underplay the individual’s health needs by suggesting that they are “well-managed” – arguably a commonly used metaphor for basically saying that the individual simply won’t qualify for NHS Continuing Healthcare Funding.

Don’t be put off disheartened by these comments as the National Framework states that “well-managed needs are still needs” regardless (see below), and should still be taken into account as part as the overall decision–making process.

However, with all the controversy surrounding the subjective interpretation over the phrase “well-managed needs”, grasping the concept is not quite as simple as it seems at first blush. Of course, your interpretation can largely depend on which side of the fence you are coming from.

The 2012 National Framework for NHS Continuing Healthcare and NHS-funded Nursing Care deals with the well-managed needs principle on page 61 under Practice Guidance Note 11.

Take a look at paragraph 11.1 which states, “This Framework provides that the decision-making rationale should not marginalise a need just because it is successfully managed: well-managed needs are still needs”. Ie don’t exclude or ignore the need as part of the assessment process just because it is being well-managed.

This is good news! What this means in practical terms for you, is that just because the need is well-managed does not necessarily entitle the CCG to play their ‘get-out card’ to decline NHS Continuing Healthcare funding.

But, and this is often overlooked by both families and the CCG, you still have to look at the underlying health needs. You can’t simply trot out this quote and expect the CCG to role over. Read on…

The NHS National Framework also refers to the Decision Support Tool for NHS Continuing Healthcare Amended (Revised 2016) and paragraphs 28 and 29 deal with how this (well-managed needs) principle is applied.  The salient paragraphs have been copied below for your convenience.

“28.Needs should not be marginalised because they are successfully managed. Well-managed needs are still needs. Only where the successful management of a healthcare need has permanently reduced or removed an ongoing need will this have a bearing on NHS continuing healthcare eligibility. However, there are different ways of reflecting this principle when completing the DST. For example, where psychological or similar interventions are successfully addressing behavioural issues, consideration should be given as to the present-day need if that support were withdrawn or no longer available and this should be reflected in the Behaviour domain.

29.It is not intended that this principle should be applied in such a way that well-controlled physical health conditions should be recorded as if medication or other routine care or support was not present. For example, where needs are being managed via medication (whether for behaviour or for physical health needs), it may be more appropriate to reflect this in the Drug Therapies and Medication domain. Similarly, where someone’s skin condition is not aggravated by their incontinence because they are receiving good continence care, it would not be appropriate to weight the skin domain as if the continence care was not being provided.”

Critical – and you need to understand this – just because the individual is receiving care and their health needs are being better managed, it does not mean that the underlying need has actually gone away. It is simply just that – ie they are being better managed. The National Framework seems to suggest (although it could perhaps give a clearer example) that only if the needs are reduced or disappear entirely as a result of care intervention can the CCG argue that they have been better managed.  The fact the health needs still exist but are better taken care of  – has not eradicated the need. It still subsists but is better managed by the care in place.

Take the example provided at Practice Guidance Note paragraph 11.2 of the National Framework where an individual’s challenging behavioural needs might be considerably improved and be better managed (if not eradicated entirely) by changing their environment eg moving them from a hospital setting (where they might feel disorientated or anxious), to a more relaxed environment at a care home or even their own house. That would be an example of a well-managed need.

But, suppose as an alternative example that same individual has hallucinations, displays physical and verbal aggression, is a danger to themselves and others around them, is disorientated and wanders around outside at night time, exhibits inappropriate behaviours (eg smears faeces on themselves and the walls), and generally exhibits other the challenging behaviours – if those behaviours continue to persist in the care home environment, but are better controlled eg by anti-psychotic or other medication, the needs are still there and haven’t gone away; and so whilst they may be well-managed, you cannot ignore the underlying challenging behavioural need which still subsists.

We often hear families saying that their relatives must be eligible for NHS Continuing Healthcare funding because if you take away the 24 hour care package in place, remove medication and other essential needs and don’t feed the individual, they wouldn’t survive.  Yes, that is true, but it equally applies to the majority of people in a care home or nursing environment as well.  The point is when quoting the “well-managed” needs principle, you cannot ignore basic routine nursing needs either.  The individual should still be assessed as if their routine care is still in place, using that as a base-line.  It is the management of their underlying health needs over and above the routine that you need to look at and how they are being managed.  That is the key.

Otherwise, everyone in a care home or nursing environment would invariably be eligible for free NHS Continuing Healthcare funding, and that is not how it works.

Furthermore, well-managed needs still have to be considered in conjunction with the four key indicators, namely, nature, complexity, unpredictability and intensity of the health needs.

These are the common opposing positions adopted by families and CCGs

Let us know if the CCG have used the “well-managed” needs argument against you, and if so, what you has been your response – and has it changed their mind?