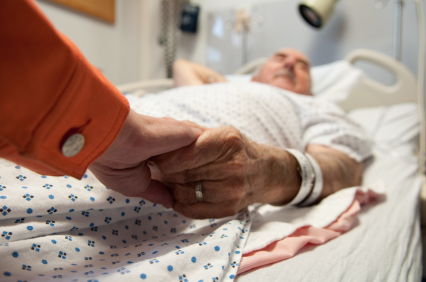 Being discharging from hospital without a Continuing Healthcare assessment is one of the most common ways people risk being wrongly charged for care.

Increasingly, we hear from families who are harassed by hospital discharge teams into removing older relatives from hospital; they are then forced to start paying for care in a care home.

If you’re in this situation, and no NHS Continuing Healthcare assessment has been carried out. the hospital discharge team will almost certainly ask questions about your relative’s money. If your relative has savings or assets over a certain level, they’ll then no doubt be told to pay for their ongoing care. However, this may not be correct.

Having a relative in hospital can be very distressing for the whole family, and in such situations families are often at greater risk of being railroaded into agreeing to such a discharge – and yet without the funding assessment process even having been properly explained.

Being discharged from hospital without a Continuing Healthcare assessment is where many mistakes are made about paying for care.

A very common statement by some hospital discharge teams is that NHS Continuing Healthcare assessments are done at a later date ‘in the community’ – and that the person must leave hospital first. However, when this happens, families report they can then find themselves waiting months for an assessment. This whole process could also lead to people being wrongly charged for care. Here’s why…

If you are in this situation with a relative in hospital:

Why are elderly people wrongly charged for care?

Should I sign hospital discharge forms for my relative?