You are here: Home / Articles / Health and nutrition / Could the cuts in dementia drugs research be good news for health? 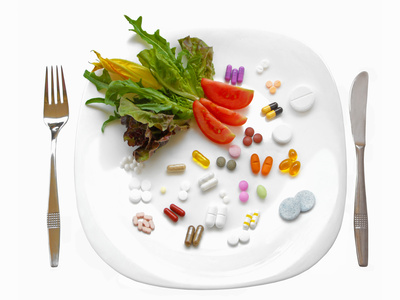 The Independent recently reported on the decision by leading pharmaceutical companies to scale down their research into drugs for Alzheimer’s Disease and dementia. The drugs are not working as hoped, they can make symptoms worse, and the drugs companies don’t want to take any more financial risk.

In today’s article Care To Be Different share their personal view on why she believes this development could be a good thing. She shares her thoughts on drugs vs. nutrition, and why elderly people in care homes with dementia and other diseases are trapped in a system that keeps them sick…

There are 14,000 care homes for elderly people in the UK. Few, if any, provide the kind of nutrition or hydration that can in any way be considered therapeutic. And yet their residents are often gravely ill.

Both my parents spent four and a half years in a care home before they died. Each time I visited I watched in despair as they slowly starved to death. By ‘starved’ I mean starved of the nutrients that would not only have sustained their lives but also gone some way reversing their disease.

Vital nutrition as part of care
I was appalled at the ‘food’ they were given in the care home, the majority of which directly worsened their health. They desperately needed fibre, high levels of vitamin C, sunlight and vitamin D, fish oils, B vitamins, specific minerals, fruit, vital vegetables (raw or at least spared from being cooked to death), good salts and lots of water – amongst other things. And yet they were fed white bread, refined sugar, mushy vegetables, cheap meat and processed food, refined and processed carbohydrates, table salt, next to no fresh fruit, anti-psychotic drugs (and a host of other chemicals) and hardly any water.

The reaction to my requests for them to be given more water ranged from incomprehension and indifference to me being shouted at by a senior member of staff.

My request for a nutritionist to visit was downgraded to a visit from an NHS dietician who declared that their diet was fine.

My family and I arranged for fresh fruit to be delivered to their rooms each week from an external fruit supplier, but care staff didn’t seem to encourage them to eat it and I would often find it left in their fruit bowls, mouldy and rotten, next time I visited.

My suggestion of more green foods was met with a blanket dismissal.

My requests for beneficial food supplements had to be channelled through a visiting GP, who of course had no training in nutrition – and so did not approve them.

What goes wrong?
Surprising as it may sound, I don’t believe all this was actually the fault of the care home or those working in it, most of whom were very kind and were doing exactly what they’d been trained to do. This situation was – and is – ‘normal’.

What is at fault is the care system, controlled by pharmaceutical medicine, that seems not to have the faintest clue about the impact of food on health.

The training given to nursing, medical and care professionals is woefully inadequate. It does not cover the very basics of sustaining health and boosting the immune system – nor of the impact of specific foods on specific health problems, nor of the ability of the human body to reverse disease by itself, given the right ingredients, even in late-stage chronic illness.

Care teams and care managers are not shown how an investment in nutrition actually saves money and makes care easier. Indeed, most people have little awareness of the vital importance of nutrition in sustaining their own health, let alone anyone else’s.

If drugs-based ‘medicine’ were the answer, then disease and chronic illness would be reducing. Instead it’s increasing at an alarming rate. The pharmaceutical model cannot possibly reverse disease, because it isn’t a lack of drugs that causes disease in the first place – and infusing someone with chemicals when they’re already sick makes little sense.

In most western countries elderly people take the most prescription drugs of any population group. In the USA, for example, older people are taking an average of 28* (yes, 28) different prescription drugs, many of which are damaging to health, not only because of side effects, but also because of the effect of one drug on another – leading to yet more drugs being prescribed. (And, of course, ‘side effects’ are so named for marketing purposes only. They are full-blown effects, just like any other.) *www.mercola.com

This whole pharmaceutical model, which also often proactively excludes many other more beneficial approaches, is why elderly patients starve and die of thirst in our hospital wards and in care homes, as highlighted in this article from the Telegraph. The figures in the article are, I suggest, extremely conservative; most deaths in care homes and hospitals are blamed on the disease the person had – but it’s the malnutrition and dehydration behind the disease that are more likely the real culprits.

Standards for nutrition in care homes
As far as I’m aware there are agreed standards for food hygiene and food safety in care homes in the UK, but NO universally accepted measures for the actual nutritional content of the food. Residents can be dying of malnutrition and dehydration and yet a care home will still pass a Care Quality Commission inspection. In addition, there is no requirement for care home management or staff to have any training or qualifications in nutrition – the very thing that keeps people alive.

‘Nutrition’ in the existing model is measured in calories, not nutrients, and so feeding someone high calorie, sugary, processed cancer-inducing, heart-disease-worsening and brain-clogging foods is OK – as long as they stay at the right weight. It’s insane.

Care homes often, in good faith, quote their commitment to good nutrition in terms of:

These have little, if anything, to do with health-sustaining nutrition.

Is the tide now turning?
Maybe not in most care homes or hospitals – yet – but with mainstream media now more willing to talk about health and diet in a meaningful way – and, as this Guardian article by Ben Goldacre shows, expose what goes on in the pharmaceutical industry – and with the vast amount of research into nutrition available on the internet, there is no longer any excuse for the current situation to be allowed to continue.

Journalist George Monbiot in his recent article The Mind Thieves talks about Alzheimer’s as a form of diabetes, brought on by the wrong diet, and in his recent Guardian article he talks about why one of the most catastrophic effects of junk food could in fact be Alzheimer’s.

Some care homes are taking up the challenge and seeing results, such as The Martins care home in Suffolk, which introduced a water drinking club and has seen a noticeable improvement in the health of its residents.

In my opinion we have all been deeply conditioned by the pharmaceutical industry and the food industry to believe that they have our best interests at heart – and that drugs to suppress symptoms are the best answer.

Few people get sick because of a lack of drugs, so it makes no sense to think drugs address the cause and make us well.

So maybe the pharmaceutical industry’s decision to reduce research into dementia drugs could actually be a good thing. Maybe it will finally force us all to wake up to the stark reality of the situation and acknowledge the value of the powerful and positive research that has already been done into nutrition and health – including for dementia – and that holds the answer to an otherwise inevitable decline in health for every one of us.

I suspect none of us relish the prospect of ending up, like elderly relatives, stuck on a cocktail of drugs in a care home, no matter how kind and well-intentioned the care staff may be.

Let’s get behind those care homes that are taking a proactive approach to therapeutic nutrition – and seeing positive results from it. If you know of one, we’ll mention it on our blog.

Dr Mark Hyman: 9 Steps to Reverse Dementia and Memory Loss As You Age

Medical doctor, Dr. Terry Wahls: the inspiring story of how she reversed her multiple sclerosis. She had continued to deteriorate on conventional treatments, leaving her severely disabled. However, when she began to address the cause of the problem, she reversed the disease in just nine months – by changing her diet. Her message applies equally to Parkinson’s, Alzheimer’s, Huntingdon’s etc.

Phillip Day’s book Cancer: Why We’re Still Dying To Know The Truth exposes some of the political and economic scandals in the cancer ‘industry’ and why the powerful truths about cancer and diet are kept hidden.

And in John C Coleman’s book Stop Parkin’ And Start Livin’, the author talks about reversing the symptoms of his stage IV Parkinson’s Disease, which had left him unable to speak or walk more than five metres. His own research and programme of nutritional and physical rehabilitation enabled him to become symptom-free.