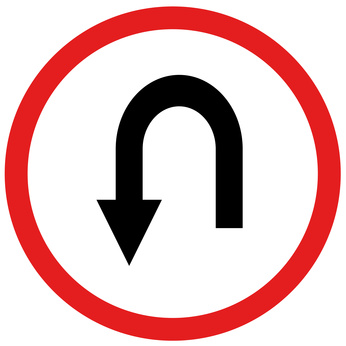 When Labour’s Tony Blair reassured everyone in 1997 that no one should have to sell their home to pay for care, many people took heart. However, in the years that followed the betrayal in those words soon became apparent.

Now, in 2015, we have David Cameron’s Conservative betrayal in postponing the implementation of Phase 2 of the social care funding reforms – as set out in the Care Act. These are the reforms he campaigned on in the recent UK general election.

The stated unaffordability of the reforms are one thing. Having the courage – and frankly the decency – to abide by election promises or not to make them in the first place seem to be quite another, whatever the political party. So often, the people who bear the brunt are the most vulnerable.

Phase 2 of The Care Act made provision for a cap on social care fees of £72,000 and for a new upper means test threshold. Both of these measures were due to come into effect from April 2016. Both have now been postponed until at least 2020. Read more about the cap and the means test thresholds in this article.

(Note: these changes do not affect NHS Continuing Healthcare funding.)

Also postponed is the introduction of an appeals process within adult social care.

The new Deferred Payment Arrangements (DPAs) remain in place. This is where the cost of care is offset against the value of a property, and those costs are subsequently recouped by the local authority at a later date. However, these new DPAs attract interest payments, whereas previously they didn’t. Since April this year people have been signing these new arrangements on the basis that care fees would be capped – and not only are they now paying interest but there is also now no guarantee of any such cap in fees.

Smoke and mirrors in health and social care funding

With all the conditions attached to the care fees ‘cap’, it was in practice going to benefit very few people. The new date of April 2020 for implementation adds insult to injury: 2020 is simply the point at which a person starts counting towards the cap; the intervening years between now and then don’t count at all. It means that many elderly people going into care now might as well forget a cap was ever even mentioned. In fact, we might as well forget there was going to be any meaningful financial reform at all in social care.

Despite the financial constraints within local authorities and the cost of implementing these social care reforms, what many people find particularly galling, is that the government must have known they were going to go back on their promises. Even so, they allowed these cash-strapped local authorities to continue to use precious budgets on training and preparing for Phase 2. When you also add in the historical cost of all the research into care funding reform previously carried out by the Dilnot Commission  back in 2011, one could be forgiven for concluding that the Care Act has so far been a colossal and obscene waste of money.

The Guardian reports that this latest u-turn has cost taxpayers up to £100m and that there are some serious questions for the government to answer.

In his letter to the chair of the Local Government Association dated 17/07/15,  Alistair Burt MP, Minister for Community and Social Care, explained that the decision to postpone Phase 2 of the Care Act had not been taken lightly. Presumably this means his party had been planning it for some time. The decision was quietly announced on a day when the House of Commons was not sitting and with no mention from Jeremy Hunt in any of his own previous comments.

Social care is on its knees. If the comment in Alistair Burt’s letter that the Care Act has “people needing care at its heart” is to be believed, the government will hopefully now do the right thing and stop short of cynically taking back back the money local authorities have received to implement the reforms. Local authorities are already at breaking point.

Alistair Burt’s letter also has a heavy focus on the development of the private insurance market, and states that it is not suitably developed at this point to allow the Care Act reforms to go ahead. That’s hardly breaking news – it’s been evident for some time. It suggests the Care Act was either underfunded from the start, and/or the government never intended to see all the measures through in the first place.

Indeed, the Community Care blog highlights how two councils challenged the Dept. of Health on the lack of adequate funding to implement the Care Act. Not wanting the case to expose the structure of underfunding, the Dept of Health settled out of court.

Away from social care and in the wider NHS it’s not hard to see which way things are going. Funding towards some vital services, including those involving the voluntary sector, seems to be ending as personal health budgets become more widespread and people are told to find their own care services.

Youssef El-Gingihy’s Huffington Post article, How To Dismantle The NHS, paints a grim picture for anyone who believes in the original values of the NHS. In the article, the GP pinpoints how the NHS is being privatised and turned into a private insurance model of healthcare.

If the cap on social care fees and the new means test threshold do finally come into effect from April 2020, this will be just five weeks before the next UK general election. Who knows what false promises will be made – and broken – then?