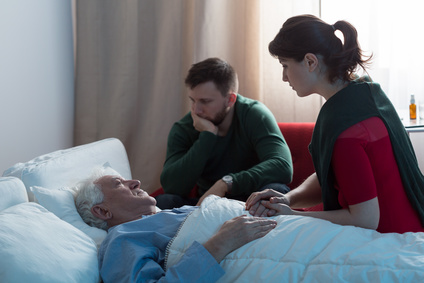 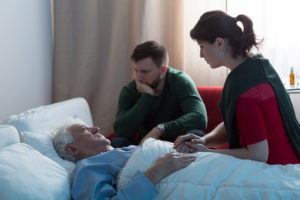 If you missed the BBC Drama, “Care”, on Sunday 9th December 2018, then it’s really worth watching on BBC iPlayer – highly recommended.

Congratulations to the BBC researchers, writers and whole production team for bringing this realistic, chilling and hard hitting drama about elderly care and care home funding issues, so convincingly into the public domain.

As the drama unfolds, it gives a snapshot of how society deals with elderly care, the heart-breaking emotions of putting a dear relative into a care home, and the sheer frustration and battles families face when seeking to get free funded care from the NHS – known as NHS Continuing Healthcare (CHC).

This is the first time we can recall that care funding issues for the elderly has been dramatised so expressively, and in such a realistic way. Such was the realism that some viewers with parents in a similar situation, may find the drama too disturbing to watch.

The availability of CHC and hurdles in trying to get this funding may have been a revelation to viewers, but these frustrations are nothing new to Care To Be Different. Care To Be Different was founded as a result of one individual’s campaign to obtain CHC for her parents and triumph against the might of the NHS machinery. The Care To Be Different journey is, indeed, very similar to Jenny’s portrayed in “Care”, and the determination and resilience needed to continue to fight for your rights for CHC, against the odds. Those already seeking funding will be familiar with hurdles they have to overcome to get CHC funding.

Jenny’s surprise reaction on hearing about NHS Continuing Healthcare funding is, from our experience, going to be very similar to many other people watching the programme – who will probably never even have heard of this term, and the availability of free NHS funded care. Think of it as the NHS’s best kept secret!

So, to help others, Care To Be Different provides lots of helpful free information and resources to assist families going through the same CHC funding process, and we encourage others to share their experiences online.

What is NHS Continuing Healthcare funding?

Quite simply, NHS Continuing Healthcare funding is free funded care for people with ‘healthcare needs’ ie needs related to the treatment, control, or prevention of a disease, illness or disability and the aftercare of a person with these needs. So, if your relative is eligible ALL their care needs and accommodation should be paid for by the NHS. Care is free at the point you need it.

What can we learn from this drama?

If you look at the drama as a live case study, there are so many relevant true-to-life issues and topics covered to help your relative if they’re going through the same CHC funding process:

Mary is driving her two young granddaughters back home after going to the local chip shop.  Mary suffers a stroke whilst driving, but Mary’s catastrophic stroke leads to severe cognitive impairment.  Upon discharge from hospital she goes to live with her daughter, Jenny. But Jenny soon realises that she cannot look after her mother and makes the heart-wrenching decision to put Mary into a care home for her own best interest – thinking that she will be safer and better cared for by professionals.

Coping with mother at home and putting her into care

The drama highlights the helplessness families feel whilst trying to keep a dear relative in a familiar home environment. But too often, it becomes unmanageable due to the relative’s demanding care needs, and puts a strain on family and relationships.

Mary is now placed in a care home as Jenny can’t cope with her mother at home, however hard she tries. We can associate and empathise with Jenny’s upset and feeling of guilt.

The drama then focuses on substandard care in the care home, with only 3 carers on duty looking after a disproportionate number of residents (30) – some of whom, it is assumed, are left isolated and alone for long periods without attention. We see one elderly resident urinating in the corridor due to inadequate supervision and insufficient funding to buy supplies of high quality absorbent incontinence pads. Mary’s cognitive deficit, means she has no sense of place and orientation. Due to lack of close supervision, Mary wanders out of the care home at night in her dressing gown – presenting a potential danger to herself and others. This may sound all too familiar to relatives with dementia.

Mary’s cognitive decline exhibits some typical symptoms – such as aggression, hitting out, verbal abuse, wandering, screaming, blank stares, refusing to take medication – again, all symptoms that will resonate with many families who have a relative suffering with dementia or cognitive impairment.

Jenny and her sister, Clare, try and come to terms with their mother’s rapid decline, and after she suffers another stroke, Mary ends up back in hospital. In the meantime we see Mary’s mental health deteriorate further. So unrecognisable from the start of the drama, when we see Mary as a spritely, well-dressed and independent woman, now transformed into a mere shadow of her former self, unable to communicate reliably, living in her own world, and requiring 24 hour specialised care for all her needs.

Whilst Mary is still in hospital, Jenny visits a better quality, more expensive care home, to see if they will accommodate her when she waiting to be discharged from hospital.

Funding is discussed, but Jenny cannot afford the care home fees of £700 per month. She is told by the care home manager that the fees will have to be paid from the sale of Mary’s house. When Jenny replies that it’s a council house and her mother doesn’t own her own home, the manager asks whether she has any other assets, because the council would put £400 towards the cost, leaving Jenny to pay the shortfall. Only at that point, as a last ditch effort to get the care home fees paid, does the manager then raise the issue of NHS Continuing Healthcare funding as an option.  Jenny looks blankly and has never heard of NHS Continuing Healthcare funding. How familiar!

Jenny and Clare attend a Multi-Disciplinary Team assessment conducted at hospital prior to Mary’s discharge.  The assessors want Mary’s bed back and the issue of bed-blocking is raised. No funding alternatives are presented to the two sisters. They need to find a care home quickly to house their mother.

When the sisters then raise the issue of CHC and query why they weren’t even told about its existence, the NHS assessors look sheepishly caught out – and respond that they had assessed Mary ‘informally’ (really!!) and that her needs wouldn’t have qualified anyway! The claim for CHC funding is rejected out of hand.

Scandalous! But sadly typical of the stories we hear from families who have had similar ‘partisan’ assessments.

The assessors were portrayed as protecting their NHS budgets by not volunteering a CHC assessment. The outcome of this Multi-Disciplinary Meeting was a foregone conclusion – rather like asking the NHS to mark their own homework. Jenny would never have found out about CHC funding had it not been previously mentioned by the care home manager. Her internet research led her to find out more about this complicated and little known area of NHS free funded care. Perhaps she came across our helpful website!

Mary’s daughter then launches an appeal and the whole CHC process is dramatically cut short for drama and viewing.  It skips the Local Resolution Panel Meeting and jumps forward and straight to an Independent Review Panel (IRP).

At the Independent Review Panel Meeting, the sisters confirmed that they had Power of Attorney to act on their mother’s behalf. The sisters gave a history of their mother’s pre and post stroke condition.  Jenny reads from the consultant’s letter which says Mary has suffered a major stroke; has developed severe cognitive impairment; has expressive and receptive dysphasia and cannot retain information; is confused and fails to understand; it is extremely difficult to communicate with her; she is found wandering the ward, agitated and occasionally very aggressive; has significant mental health issues; and has lost the ability to make decisions; states there is no evidence of any improvement and it is likely that these adverse effects will be long term; she needs supervision and 24 hour care from qualified nursing staff for her medication and other daily activities.

The clear picture conveyed by Mary’s consultant, is that she is seriously ill – which as we learn, is entirely contradictory to the rosy picture presented by the NHS assessors. No comment!

Jenny points out to the Independent Review Panel that her mother has only been in hospital twice before – once to give birth to her, and a second time to give birth to her sister, Clare.  She has not cost the NHS any money, but has paid towards the NHS her whole life.  She has never been a drain on the NHS, but now at the point when she needs care, she has been denied free funding.  How damningly accurate this comment is, so typical of what we hear from families – who ‘scrimp and save’ all their lives, pay taxes, and at the point when they need the support of the NHS, they have to fight so hard to get it!

Care To Be Different have been campaigning for years to help families going through the daunting process of getting CHC funding for their relative’s care. So well done to the BBC for highlighting funding issues and the challenges that so many families face.

Feel free to browse our website for more free information and resources.

Go and tell others about this programme and spread the word about CHC funding issues.

Read: Spread the word about NHS Continuing Healthcare to people you know.