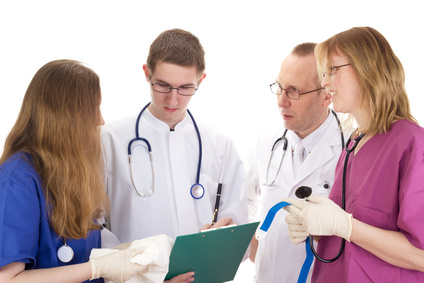 One of our reader’s, Nick, has shared his Continuing Healthcare case study – the Fast Track process for his father, who was admitted to hospital after a fall, and subsequently needed full time care.

(Nick prefers to remain anonymous at this stage because his father still needs care, and so this is not his real name.)

Nick’s story highlights some of the typical things that happen – and don’t happen – when a person needs to be assessed for Continuing Healthcare funding.

“This is my experience of what happens when an elderly person goes into hospital. It reflects many of the points made on the Care To Be Different website.

My father, who is in his nineties and in the late stages of prostate cancer, was admitted to hospital after having a fall that caused two small fractures. He was initially put in a general ward but after a week moved to a rehabilitation ward.

There our first contact was with a social worker who immediately asked if we would qualify for means tested funding for my father’s care or if we would fund ourselves.

We were given a form to sign. She said she was recommending teams of two people coming in four times a day to provide the necessary care, which shows the level of support he needed.

During his second week at the hospital my father had a Continuing Healthcare Checklist completed. He scored one A and 3 Bs, so he did not get through this initial screening. We objected that this had been done without our knowledge or consent.

Initially our objections were brushed aside, but when we persisted it was re-done; this time he scored two As and five Bs, and so he had got through to the second stage. How can a procedure that is so subjective be of any value? The second stage would now be the full multidisciplinary team (MDT) assessment.

However, we were told by the person who completed the form that we wouldn’t qualify for funding.

I had been given the name of the team leader in the discharge department and I asked for a full MDT assessment. By this time they realised that we knew something about the process. At the same time my father needed enhanced pain control and it was decided to wait until that was under control before doing an assessment. This took a week. It then took another week to schedule an MDT assessment meeting. By this time he had been in hospital for five weeks, and his condition had worsened during this time.

The assessment meeting was set. I requested copies of the documentation in advance that would be used. Initially, I was told that paperwork would be available at the actual meeting. When I insisted on having it in advance, pointing out relevant paragraphs in the National Framework guidelines, this was provided (the evening before the assessment).

However, it comprised nothing more than copies of my father’s records from the folder at the foot of his bed, which we had run through already. We were broadly in agreement with the notes, but comments on food consumption were over-optimistic and not consistent with his weight loss. We put this down to the fact that mealtimes in hospitals are always a bit chaotic.

We arrived at the appointed time and were told that the doctor wanted to see us first. A quarter of an hour ticked by, then half an hour. Finally we were escorted into a small room to be met by several doctors and a district nurse. There had been a change of plan. Rather than holding an assessment meeting they had decided to Fast Track my father in light of his steadily worsening condition. This would provide recognition of his condition and the Continuing Healthcare funding that we wanted.

We found a suitable nursing home where he is comfortable and receiving excellent care.

The story doesn’t quite end there, though, because we have been told (by everyone involved) that the NHS only pays up to £800 a week for Continuing Healthcare and anything above that we have to fund ourselves. I suspect that this may be open to challenge.

As an aside all the hospital staff we met were kind and sympathetic. This doesn’t give a picture of a group of uncaring bureaucrats conspiring to deprive elderly people of their entitlement. My impression is that the assessment is overly complicated, not really understood by staff and highly subjective.

Most patients have no idea what Continuing Healthcare is about and they accept whatever they are told. The ‘culture’ is that no-one qualifies, and so this is the starting point when an assessment takes place. I think it’s very sad that the NHS has come to this.”

We’re grateful to Nick for sharing his story, and there are no doubt thousands of families who can relate to his experience. If your relative has been Fast Tracked for Continuing Healthcare funding, please share your experience, good or bad.